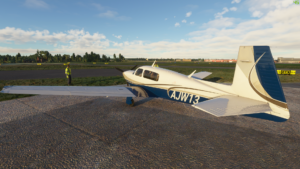 In my younger days, I was lucky enough to be able to fly IRL in a few different aircraft amassing around 100 hours of flight time. I also used Microsoft flight simulator a lot.

When the IRL opportunities ended I picked up my Flight Sim usage considerably.

When Microsoft and Asobo released the latest version of Microsoft Flight Sim I was truly blown away with how good it played. It really brought back the love of flight simming that over the years had dwindled.

So now that I have been using it for a while I decided to set myself a challenge.

I’ll be doing it in 21 legs, over a number of weeks in a Mooney M20R Ovation.

The Rules of the challenge are as follows:

After each leg I will be posting a report of the leg and a summary to this site.